There was a time in my life when I wanted to bring more right-brain thinking into my career. The division between technical and creative work always seemed somehow artificial and pervasive. Like some unexpected obstacle in the road. A Monty Python bridge of death where you are stopped and forced to choose. Creative or technical. Design or implementation.

Once you make the choice, you live with it. There’s no going back. Not without significant personal cost. No crossing the streams.

I knew this but I didn’t like it. With technical experience under my belt, why should creative pursuits be placed out of consideration?

At the time I was employed at Midway Games helping them update their sports animation engine from C to C++. I had been working there for almost four years.

Animation was a fascination for me. It felt full of promise. A hallowed ground where technical and creative ambition intersect. I started poking around on the web and ran across a new animation school. The courses and instruction were on-line. The mentors were professional animators. The founders of the school hailed from Pixar and Industrial Light and Magic.

The more I considered it, the more interested I became. This was 2005. I was single. No kids. No commitments. What would be the harm in seeing if Animation Mentor would even consider me?

In May of 2005 I sent in my application. To my surprise, they accepted me into their character animation program. I decided to go for it full time and see where it would lead. When I handed in my 4-week notice at work and explained why, the reaction from my engineering colleagues ranged from perplexed to dumbfounded.

I may as well have joined the circus. 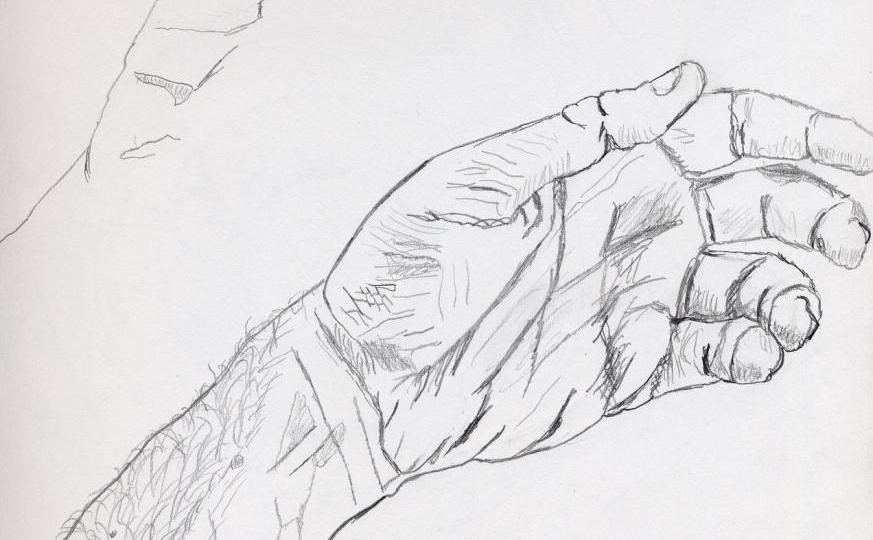 Colors would be the least of my concerns.

As it turned out, my adventure into training for a creative vocation was not at all what I had expected. New cracks of consideration started showing up in this thing that I had called my career and I was unprepared to deal with them.

Looking back thirteen years later, if I could somehow reach back and give that person some advice this is what it would be.

You are going from a left-brain field into a right-brain field. That’s going to have a stronger emotional component than you’re used to. The disappointments and challenges you’ll face won’t be on an intellectual level that can be reasoned out.

Should I learn more Python or continue getting better at Swift?

Instead, you’ll be wandering into a subjective arena.

I know I need to learn overlap better but the work of this other student over here is blowing my mind. I don’t even understand how they’re doing it. At this point, I don’t know if better overlap will really even make a difference in my work.

Expect to run into students like this. The biggest gift you can give yourself is to try to not worry about it and avoid comparing yourself to them as much as you can.

You are not there to be better than them. You’re not even there to try and be as good as them.

You’re there to turn yourself into the best animator that you can be, starting from where you are right now.

A big trap that can get in your way is feeling bad about your work. It’s hard because portfolio is important. It will be emphasized. But the most important thing isn’t your work. It’s the time you will get to spend working on the work.

The pro surfer makes it look effortless because they’ve spent a ton of time in the water doing it. Less time out of the water thinking about it.

As much as you can (without burning out), treat this situation as an unprecedented opportunity to invest time in the animation craft. Regardless of how good or bad you think your work is, invest as much time as you can. Be that surfer that is in the water as much or more than anyone else.

The students you will meet and the friends you will make are going to be your greatest career resource. Many of them will enter the animation industry (not just the best ones). Even decades later, many of them will still be there.

Finally, if you do nothing else, go get “The War of Art”. Read it often. Use it to help keep your internal Resistance at bay.

“Look in your own heart. Unless I’m crazy, right now a still small voice is piping up, telling you as it has ten thousand times, the calling that is yours and yours alone. You know it. No one has to tell you. And unless I’m crazy, you’re no closer to taking action on it than you were yesterday or will be tomorrow. You think Resistance isn’t real? Resistance will bury you.”

Until that point in my life, I had always thought of myself as having super power. A secret internal pool of something called “attention to detail” that was somehow inexhaustible. When necessary, I could pull out as much of it as I needed and recruit it for the situation at hand.

With animation however, I had met my match. The attention to detail that the art form requires from animators is staggering. When a director asks to put the cup in a character’s left hand instead of its right hand, the professional animator will deliver. Even if it means rebuilding the entire performance to do so. Untold amounts of painstaking work gets discarded when necessary.

For someone with software engineering sensibilities, this brute-force accountability to detail is an anathema. It’s seen as a liability that quickly gets trained out of us early in our careers. Concepts like abstraction and re-usability come to an engineer’s aid to manage these kinds of things. Without them, a project can quickly get out of control.

In 2006, character animators didn’t have such luxuries (at least not yet). In a world where word processors give us the power of editing with cut and paste, character animation in a production sense still belongs to monks in the monastery where manuscripts are re-written in ink by hand.

The Pragmatic Programmer says you can’t simply gather requirements. You have to dig for them. That was my plan in 2007. I was a strange bird who had crossed the streams. A software developer who had seen a glimpse of what it was like to animate.

Not long after I finished the animation program, I landed a new job working for two Pixar alumni on a character animation tool.